Fans of “The Godfather” know that the fate of a certain beefy family associate is to “sleep with the fishes.” The term indicates disposing of a murder victim in water, but similar terms go back much further than the 1970s. One identical reference goes back to 1836, and another all the way back to The Illiad, via a translation to “Make your bed with the fishes now…”

The term “small fry” to describe a trifling or inconsequential person or thing does not derive from fried potatoes, but more likely newly-hatched fish, also called “fries.”

The term “jumped the shark” is used to describe a television show which has peaked in quality and is now in decline. This began with a Season Five special episode of “Happy Days” in which a waterskiing Fonzie accepts the challenge of a beach rival to jump off a ski jump over a caged shark. This was considered a resort to gimmickry over stronger writing (though the show aired for five more highly-rated seasons, and Henry Winkler got to show off his formidable real-life wasterskiing skills).

Fish are indeed slimy, and for very practical reasons. Fish slime reduces drag while swimming, wards off parasites and pathogens, and even soothes open fish wounds. The slime also facilitates gas and water exchange across the skin, balances electrolytes, offers sunscreen, and in some cases gives the fish advantages over prey and against predators.

To make someone wholly believe something “hook, line, and sinker” refers to a fish which has taken the bait completely by swallowing this much fishing gear and is now very unlikely to escape.

People describing a problem drinker as someone who “drinks like a fish” should clarify that they mean saltwater fish. Freshwater fish don’t do this because it would overdilute their blood and body fluids. Saltwater fish, however, drink a lot to balance fresh water lost from their bodies to their salty surroundings, and their kidneys remove the salt while their gills pump the salt back into the water around them.

Ever wonder what happens to the fish when lakes freeze in the winter? They hang out at the liquid bottom. Ice is less dense than water, so it floats, and water bodies freeze from the top down. The water below gets denser with depth, and with more density comes slightly higher temperatures. As a result, water deeper than 1 meter won’t freeze, and lucky for the fish, this deep water is usually quite oxygen-rich. Their metabolism and breathing slow, and their body chemistry accommodates this cold, slow environment. 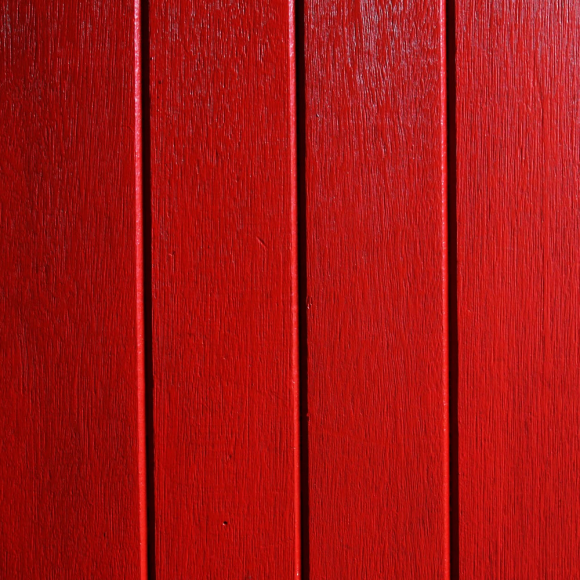 Since the color red has been associated with communism since the 20th century, the expression “Better dead than red” connotes a firm rejection of communism, while “Better red than dead” showed more compromise, especially among Cold War-era opponents of nuclear weapons.

The first reference to a “red hand,” which you have when caught “red handed,” comes from a Scottish law from 1432. Unsurprisingly, the red was blood, which came from murder or poaching.

Did you ever “paint the town red” on some wild night? The likely origin of this one is fairly literal. Notorious drinker and hellraiser Marquis of Waterford led his drunken buddies through the town of Melton Mowbray in England one night in 1837, and after breaking windows and flowerpots, the raucous crew procured some red paint and redecorated several doors, a tollgate, and a swan statue. Once sobered up, they had to compensate the damaged town.

Long before Hollywood or modern politics, the tradition of famous or important people walking down a red carpet in formal events goes back to ancient Greece. One reason for the associations between the color red and prestige is that red dye was particularly difficult to make and therefore expensive.

Businesses operating at a loss are said to be “in the red.” This term goes back to the bookkeeping and accounting practice, first cited in 1907, of using red ink to denote financial loss. Conversely, financially solvent businesses are “in the black” for this color ink.

Bureaucratic fuss is implied by the term “red tape” because in the 16th century, Spanish king Charles V’s began the practice of tying rolls of important administrative documents with red tape, rather than another color, to indicate that they were more urgent and to be reviewed by higher-level officials.

The term “red herring” denotes a deliberately misleading clue or diversion. This was first used in literature in 1807 by journalist William Cobbett when he described using this pungent cooked fish (which turns from silver to red-brown with cooking) as a boy to distract hounds chasing the scent of a hare. The story was used as a metaphor for the press of the day, which had been distracted from covering essential domestic matters by false news of Napoleon’s defeat.

TASER = Tom Swift and his Electric Rifle. This was the title of a 1911 young adult adventure novel starring Tom Swift, childhood hero of Jack Cover, the NASA researcher and inventor who completed the first taser in 1974.

For centuries, doctors associated insanity and other medical afflictions with lunar cycles, hence the terms “lunatic” and “lunacy” to describe an affected person.

Since most nuts, like the human head, are hard with valuable contents, people have used “nut” as slang for “head” since at least the mid-1800s. The term “off his nut” described someone who seemed separated from his head and senses, and this was later shortened to just “nuts.”

An unpredictable and dangerous person is sometimes called a “loose cannon.” Early cannons of the wooden ship days were not yet secured in fixed spots, but were wheel-mounted and could be rolled to different gunports on the ship. When one of these extremely heavy guns broke loose on deck during bad weather or battle, the “loose cannon” was a clear danger to nearby crewmen, often causing gruesome and fatal injuries.

The word “demented” comes the Latin “dementare” or “out of one’s mind.”

If you’ve ever described someone as “going berserk,” you were invoking the name of ancient Norse warriors known for fighting with wild fervor and other acts of brutality. Berserker translates to “bearskin,” as animal skins were often part of the warriors’ attire, which is thought to contribute to the European werewolf legends.

Many ancient civilizations considered insanity to be caused by possession by evil spirits or demons, as did many religions. For example, Jesus casts devils and demons out of the afflicted in several Bible passages.

Cuckoo birds are likely considered “crazy,” because of their repetitive, incessant calls and habit of placing their own eggs in the nests of other birds. By some accounts, male cuckoos are crazy for tolerating their partner’s infidelity and outsourcing of childrearing, and the polyandrous female is crazy because she “fools around.”

“Google” is a misspelling of the number called “googol,” which is a 1 followed by one hundred zeros. The search engine was named for this huge number to indicate it’s intention to search through immense amounts of information, which it certainly does.

Your Bluetooth devices are named for a 10th Century viking king who needed a dentist. Harald Gormsson was a Scandinavian ruler who united Denmark and Norway, all while sporting a prominent dead, dark blue-grey tooth that earned him the nickname “Bluetooth.” Early Bluetooth engineers, seeking to “unite the PC and cellular industries with a short-range wireless link” used the name in honor of this uniter king, but it was only meant to be temporary. When the other proposed names for the technology were found to be trademarked or weren’t trademark searched at all, only “Bluetooth” was left for the upcoming launch. What’s more, the Bluetooth logo is the old king’s initials as written in ancient Danish runes.

The term “yahoo” was first coined by Johnathan Swift in his 1726 book “Gulliver’s Travels.” The yahoos were a primitive humanoid race, “brute[s] in human form,” who also happened to be ruled by a race of super-intelligent horses. The modern search engine’s name is an acronym for “Yet Another Hierarchical Officious Oracle,” but Yahoo creators also chose the name because they liked it’s uncouth connotation from Swift’s book.

Apple co-founder Steve Jobs came up with the name after returning from an Oregon apple orchard. He thought the name sounded “fun, spirited and not intimidating” and was also on one of his “fruitarian” diets at the time. An added advantage: the “A” word would be closer to the front of the phone book.

Twitter founders originally considered the names “Status,” “FriendStalker,” “Vibrate,” and “Dodgeball,” but a dictionary search encountered the word “twitter” and a definition of “a short burst of inconsequential information; chirps from birds,” which sounded spot-on. It was initially called “twttr” in the mold of flickr, but reverted back to Twitter later.

Originally called “The facebook,” Facebook’s name came from the the list of student and staff directory and profiles which freshmen at founder Mark Zuckerberg’s then-school Harvard were given.

Craigslist is named for founder Craig Newmark, who started the site in 1995 as a hobby after emailing some dozen friends about interesting San Fransisco happenings. As more people asked to be added to the listserve and asked for info on other things, including tech jobs, he created the site.